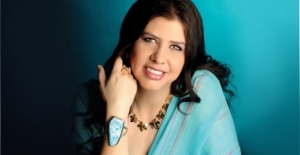 “Thank you for taking the time to do a reading on my dog Ralph. My family and I were quite amazed with the reading: you were spot on about our dog. Honestly, it’s like you’ve know Ralph for a long time, because you described his behaviour exactly the way it is. We took your advice on how to treat him so as he stops doing his business in the house, and guess what? He has stopped and he now goes outside to do it. We talk to him more and show him twice as much love so he doesn’t feel so insecure and it has worked. I will recommend you to all my friends.

Thank you for doing a great reading on our cat MAX. Your reading made sense, Max is definitely the way you described him in nature. It’s so amazing how you can do readings from afar and be so spot on”

“I am very happy with the result of your healing for our dog Peppa who had terrible mouth ulcers and was in a lot of pain. She started to improve almost immediately and now 3 weeks later I have the miracle that I was hoping for. Peppa is back to her old self and even a bit better in some areas. She is off the antibiotics and has improved since stopping. We gave her a bone to see if she would eat it and she did. She chewed on it for ages and just loved it. She is singing again – she howls to happy birthday – and barking again. She isn’t hiding under furniture any more and is running around and playing again. She is less jumpy and clapping doesn’t frighten her as much.”

“I find if you love your animal you know your animal. The love that Manon shared with my animal friends was overwhelming. Manon was able to accurately see that my male peacock had hurt his right foot, told me what foods he likes, his attitude and behaviour was spot on. Manon told me about his past which I have since found out to be true. I also found that through this contact the peacocks are suddenly more aware that I do live on the same plane as them and have been more receptive of me as more than the human that feeds them. And for me as well, it confirms that I do understand and know them well.”

“The benefits I’ve experienced due to the animal reading with Manon was truly exceptional. I was having issues getting my dog, Jubie to calm down and go to bed. She was just excitable all the time. We’ve tried various training techniques at this point and none of them seem to work. After a single session with Manon, she managed to pinpoint the specific cause and offered some very easy to follow instructions to solve it. Now, getting Jubie to go to sleep is a breeze. I simply call her name and she’s ready for bed. One session, exceptional results. Thanks Manon.”

“Manon is a highly professional animal communicator and healer. She is empathic in a cosmic way and seems to be able to reach out beyond the material boundaries. She saved my friends cat that suffered from a severe carbon monoxide. We called her in the middle of the night as the cat was dying and the cat is still alive and kicking! Txs Manon”

“After a frustrating 9 months of urination problems with our cat, Toby, a friend suggested a reading with Manon. She did just one reading with him and was able to explain to us that he was very upset for unsettling his home life with renovations and that we would need to have a chat with him to apologise. Almost immediately, we noticed positive changes to his behaviour. He stopped urinating all over the house and for 3 months now, he has been happier and calmer. I would definitely recommend Manon’s services to anyone who has an animal with behavioural problems.”

“I called Manon in quite a panic when Rafi, my kitten, got run over. He was in the vet hospital and traumatized with a broken pelvis and suspected severed spinal cord. It really was touch and go whether he’d pull through and we were almost certain he would lose his tail. Theta Healing and Manon’s care and attention facilitated nothing short of a miracle. Within a day he was out of trauma and within 3 days he was back home, limping but getting around and most exciting of all he started to move his tail! The vets were amazed and we were delighted. Rafi is now a strong, magnificent animal and the proud guardian and friend to his little sister Suri. We are ever grateful to Manon and Theta Healing for this amazing miracle.”

“Words cannot fully articulate the immense gratitude that I have for Manon and her beautiful soul. She has been a true light in our life, one for which I will always be thankful for. My husband and I had just adopted a new family member, a border collie named Aalto and three weeks after bringing him home he became quickly and drastically ill. Within 3 days he went from having a slight cough to neurological twitches, abstaining from food and drink, decreased bowl movements, and extreme lack of energy. His respiratory system, digestive system, and neurological systems had been severely compromised just within days. I contacted Manon after taking him to the vet and being told that there was nothing that could be done to help him—that it might be best to put him down. Manon helped my husband and I get out of our own heads of desperation and fear (which are energies that were not helpful to Aalto’s healing process as he can feel and sense what we humans are going through as well). Manon quickly had a session with him making room in her schedule. After the first session Aalto began eating and drinking more and going potty. The second session he was able to stand up and walk around for short increments of time. The third session Aalto’s spirit was lifted; he had a sense of determination, faith and a complete shift in energy. He began believing he could heal and also would heal, most essentially that he deserved to heal. Throughout this entire health crisis Manon was calm, loving, and supportive, providing guidance and encouragement as well as extraordinary healing sessions where notable changes could be seen the following the session. Throughout this we had been searching for supplemental support from the medical community to help Aalto—2 out of the 3 vets told us euthanasia was our only option as they determined Aalto to have contracted Distemper (a disease they believed to be ‘incurable’ and fatal) —Manon sensed that it was not Aalto’s time to go and he would survive this – her faith helped Chris and I persevere and keep searching for other vets to help. The third doctor we took him to had a life saving surgery that had a 60% cure rate (eradicating the distemper virus from the systems of the body). The medical staff were astounded that Aalto was still alive as it had been 3 weeks since the virus initially set in. I know that the Thetahealing from Manon kept him going, supported, and alive until a medical treatment could be presented. It has been 2 months since these events, and Aalto is THRIVING. He is blowing the socks off his doctor, has completely beaten the odds, and is enjoying life. We are SO tremendously grateful for Manon stepping in, shifting the energy in our home towards positivity and love, and playing such pivotal role in Aalto’s healing process. Not only has he physically improved but also his emotional state is noticeably more at ease. He used to have separation anxiety when we would leave the house or even go upstairs in our home, crying and pacing until we returned— now he is calm, relaxed, and at ease, knowing he is safe as well as always loved and supported.”

Wat reageert ze rustig! Leuke complimenten dus. Zelf merkte ik al heel snel dat Bikkel in ons gezin meer ontspannen was. Ze zoekt contact laar zich veel meer aaien, komt met speeltjes naar je toe. Voorheen kwam ze vooral als we een voertje hadden.
Ik ben super blij dat ik dit heb gedaan voor mijn hond!!!”
“Bikkel, our wire-haired dachshund was a different dog before the healing. She was anxious, especially to humans. When we had visitors, she kept growling and ignoring everyone until they had left. Moreover, she barked so loud, that it wasn’t very inviting to enter the house. After the treatment, she felt more and more comfortable. She has become less fearful which makes her react more quietly and her now “normal” barking stops quickly as well. She presently remains on her guard, lies quietly in her place and after a while comes out to greet carefully. I had not told anyone about the healing, but friends are experiencing Bikkel now differently. They say she seems more Zen and comment on her reacting in such a calmly manner. Nice compliments.
I very quickly noticed that Bikkel was more relaxed in our family. She seeks more contact with us, allows us to pet her much more and comes with toys to us. Previously, she came especially when we had a snack for her. Now, 2months later, she dares more and more. I’m really glad I did this for my dog !!!

“I am so happy to have found Manon, she has really helped with my precious, vibrant 11 year old weimaraner, Sawyer. Last fall I had taken him on a trip & he got extremely ill. When I took him to the emergency vet, he was shaking from head to toe, they told me he was in pain & they couldn’t figure out why. They sent me away with pain meds, enough for a week to get me back to our regular doctor. Manon was able to work on him very quickly, it was amazing how fast he healed. She did the healing that night & the next day he was so much better. I gave him 2 pain pills, because I was concerned he might still be in pain, but by the 2nd day it was obvious he was fine & I discontinued them. We didn’t even bother going to the vet when we got home.

Then recently Sawyer’s face just looked off, something seemed to be bothering him. He wasn’t interested in going on a walk, which was very odd. I booked an appointment with Manon, and she did the healing on Sawyer that evening. The next day he was flat out spunky, even my very skeptical parents were impressed, they couldn’t deny that he seemed happier & like he felt better. His right eye had been watering, the next day it didn’t water once. He had been really cautious with stairs in the house, only using the front stairs & taking his time. The next day he bounded down the back stairs! His eyes were smiling & his body obviously felt much improved! Thank you so much Manon!”